Connecticut College​​ Department of FILM STUDIES​
A CUTTING EDGE DEPARTMENT
Film Studies at Connecticut College integrates film theory and practice in ways that you won't find anywhere else. Our film production curriculum teaches fundamental and advanced technique, craft, art, and skills like a traditional “film school” while integrating the intellectual and theoretical field of Film Studies. This means while you are writing and directing your own films, you are immersed in watching, discussing, writing about, thinking about, and talking about films in all your classes. We are an immersive theory and art department.
​THE NEW LITERATURE DEGREE
Our world bombards us with images - a steady stream of moving pictures delivers messages that solicit us, elicit our emotions, and shape our worldviews. We understand that “film” doesn’t end with the cinema – it extends to television, Netflix, Instagram, Snapchat, Hulu, news media and beyond. And as we consume moving images, they consume us. In order to truly understand our culture - and ourselves - we need to understand how filmic representations work, and work on us. Therefore…

OUR MISSION
is to cultivate a true moving picture literacy so that we can take back our power as consumers, and to become thoughtful and socially responsible producers. Our method is to integrate theory with practice, combining film scholarship with creative work in film production, as we analyze the moving image in classical Hollywood cinema, documentary, independent and experimental film, television, and other national cinemas. With this work, we become able both to withstand the seduction of images and to wield their power.
​
​SOCIAL JUSTICE
We are committed to the work of social justice in an increasingly media-focused world. Film is more than an art and entertainment form – it shapes our ideology and values. All of our courses – theory and production – explore issues of gender, race, class, nationality, ability, and other forms of self- or social-identity. We are also affiliated with the department of Gender and Women’s Studies, Africana Studies, and the Center for the Critical Study of Race and Ethnicity. The struggle for social justice is at the heart of what we do.

WATCH, READ, WRITE, MAKE
The moving image is a text to be studied, read, analyzed and deconstructed. We are immersed in critical spectatorship, viewing films by makers of all backgrounds, cultures, and identities. We read books, articles and essays; theory, blogs and philosophy. In our courses, students learn to analyze, interpret and construct both written and visual arguments. And when we make art, our films interrogate how images are constructed on the other side of the lens.

LIKE FILM SCHOOL – ONLY BETTER
We teach screenwriting, producing, directing, cinematography, editing, lighting, sound recoding and mixing, in addition to marketing and festival distribution. We teach you skills like editing software and gear operation, preparing students to enter the film industry world in our intensive film production courses. Traditional film schools stop there. But in our department, students are taking courses across the liberal arts, double-majoring in other fields, engaging in discussions across the sciences and humanities. Connecticut College presents endless opportunities to grow as a person, thinker, and leader – Film Studies provides the skills to do it through the moving image. Check out recent student films here

COMMUNITY
Late nights in the editing lab, passionate classroom discussions, weekend film shoots, screenings that make you laugh, scream or cry together – you'll bond with your classmates and form an immediate and deep community. Make friends, sparring partners, colleagues, collaborators, teammates, family. Check out what we've been up to lately here.

TEACHERS WHO CARE
We know your name. We get to know your passions, hobbies, and ideas. We are not only your teachers but also your advisors, and help you chose your whole course of study. Our small class sizes and office hours provide opportunities every day to get to know us better. Students work with with us on symposia, colloquia, and films. We throw parties, gatherings, and events where we get to know each other personally and develop deep mentoring relationships that extend well beyond graduation. More about us here.
Follow us on Facebook https://www.facebook.com/conncollfilm/ 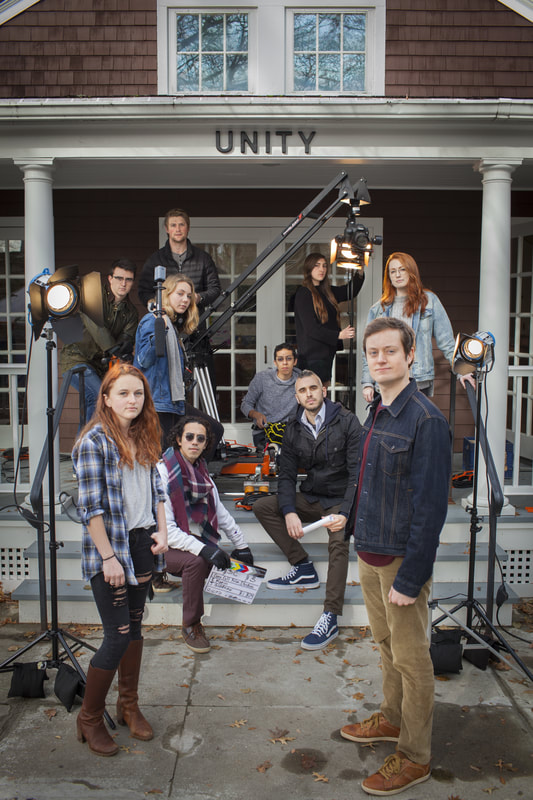